Artificial Intelligence (AI) and Machine Learning (ML) technologies have evolved over the years and their use in automated testing in now beneficial in many ways. The adoption of AI in microservices testing has allowed organizations to drive better results and gain greater efficiency. AI has even redefined how microservices-based applications are tested.

AI-based software testing is now used for test creation, test execution, and data analysis; hence, increasing efficiency and improving test accuracy and coverage. It also allows for easier test maintenance, especially for managing test data. AI can be useful for effective data modeling and for root-cause analysis. With automated tests, companies save both time and money.

Canary testing – minimal tests which quickly and automatically verify that everything you depend on is ready – is extremely useful when it comes to microservices-based applications testing. AI can improve the automation of canary testing in microservices-based applications, by using concepts such as deep learning to identify the changes in the new code and the issues within it or even comparing the experience of a small group of users with existing users. Everything can be done automatically and there is no need for human intervention.

However, there are a few challenges to AI-based testing. Indeed, functional and unit tests are easy to automate, it is not necessarily the case for integration tests, because of their complexity.

Moreover, testing microservices-bases applications with an AI-drive approach needs considerable technical expertise from testers. Companies should have testers who are able to use AI-based tools required specifically for microservices-based applications. In microservices test automation, testers also need to determine which AI use cases is the best. Depending on the goal, they will have to either use AI for creating unit tests by having AI performing static code analysis and determining the portions of code not covered by the unit tests. Or they can use AI to keep the unit tests up to date whenever the source code changes.

Therefore, AI-based test automation of microservices can generable more reliable and efficient tests, which make testers gain time in test creation, maintenance, and analysis. Using AI for microservices test automation will not enhance every part of software testing but it will make testing faster, smarter, and more effective in the long run. 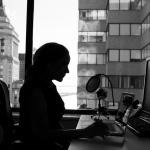 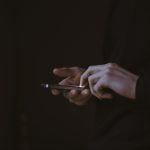 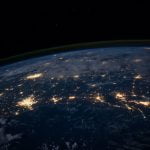 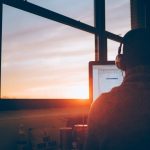