A major US cybersecurity company has announced the acquisition of a tech firm that will help it expand on its data loss prevention capabilities (DLP). Proofpoint will be acquiring ObserveIT for a massive $225 million, in a deal that is hoped to close in the year’s final quarter.

The detection and prevention aspect of the organization’s role enables protection for users and defense against attackers.

“We are the only security company that provides organizations with deep visibility into their most attacked people—and with ObserveIT, we will bring to market the first truly innovative enterprise DLP offering in years.” He added.

The new acquirement will be Proofpoint’s 17th company gain to date.  Founded in 2002 and based in Sunnyvale, California, the firm mostly deals with e-mail security.

ObserveIT’s CEO Mike McKee spoke of his enthusiasm for the partnership. He says: “We are very excited to join the Proofpoint team and provide customers with even more powerful solutions to mitigate insider threats, decrease incident investigation time, and make sure users don’t intentionally or accidentally send valuable, confidential information externally,”

Previously, ObserveIT has managed to raise $53 million in funding, with its first round of series A funding reaching $20 million back in December 2013.

The firm has headquarters in Israel but is based in Boston, USA. It was founded in 2006 and serves almost 2,000 customers in 87 countries. 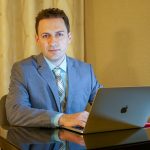