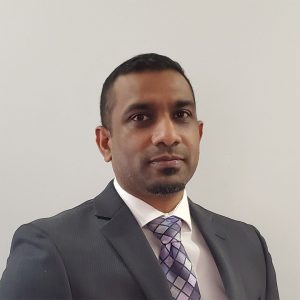 Dinesh Thandapany has spent his career focused on delivering quality products and ensuring that “voice of customer” is considered a key part of delivery. Dinesh started out in the Telecommunication industry as a developer with Motorola and in 2001 moved to a integration/testing role due to company re-alignments. Although the initial move was not what he wanted, he started to realize that QA (back then) allowed him to see the full product and he had the ability to ensure automation was a key focus. Since than he has progressively moved up to various management and leadership roles. He’s worked for telecom giants like Motorola Inc. and BlackBerry Ltd (tech boom), some startups link Soma Networks and SecureKey Tech (Digital Identity, CRA login), and of course Banking/Finance.

Dinesh’s relationship with the Canadian banking industry started when he was in University, where he worked a few co-op terms at CIBC in smaller roles, then went back to CIBC after 10 years as a QA Manager. He also lead North American Mobile Banking QA within TD for several years as they launched their first Native App, TD MySpend, and Apple Watch. From there he moved to RBC with a transformational role focused on QE and DevOps, where he lead the overall T&O strategy to move from QA to QE with DevOps integration. Recently during the heart of the pandemic, he took on an exciting new role with Tangerine Bank to lead their QE and Testing practice. Currently Dinesh is focused on transforming the organization from QA to QE and ensuring that Tangerine delivers the best customer experience possible with highest quality!