According to a new study by Statistics Canada, it was revealed that managers in several industries have been replaced by robots over the years. Indeed, a lot of Canadian companies have started to automate certain tasks since the mid-’90s. Implementing robots, especially in the middle-skilled workforce, resulted in quite a few changes in managerial activities for the workforce.

The study shows that there has been an impressive increased investment in aggregate robot capital stock in Canada, as well as a decrease in investment growth for automotive assembly robots. It would seem that, since 2008, robots used in the automotive industry have been fewer every year contrary to other industries.

Nowadays, robots are very much present in the automotive, machinery, electronics assembly sectors, as well as in the plastics processing, minerals, and metals manufacturing industries. Moreover, other industries such as agriculture, mining, construction, and some service sectors have also started to invest in robots.

Hence, the need for robots has evolved. They are now required for more general-purpose in businesses. These robots have now the potential to revolutionize industries and impact employment. Yet, the study reports that investments in robotics are often linked with increases in total firm employment but a reduction in the total number of managers.

Moreover, the study reveals that this increased adoption of robots doesn’t aim to decrease the labor costs but rather to improve the quality of products and services. Indeed, having robots in the enterprise help reduce the need to monitor, speed up the development process, and ensure the highest quality. Besides, with the advancements in robotics, they are now capable of performing more complex work and tasks. For instance, robots have been very useful in the healthcare industry in preparing and handling materials and following complex protocols in order to help professionals.

Therefore, the study shows that robots have been taking over managerial work as well as automating some tasks and work in industries, leaving human workers to focus on other tasks that require human insight. It also needs to be noted that the impact of automation on people and workplaces is not necessarily predictable and doesn’t necessarily result in jobs lost due to machines taking over. On the contrary, it allowed jobs gained through increased productivity. Hence, this shift to automation is able to create new, higher-skilled, higher-paying jobs, however,  fewer. 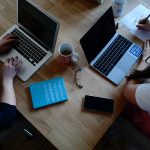 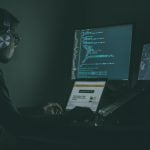 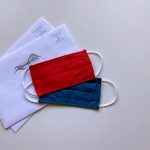 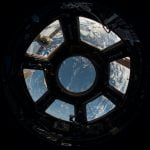