Despite being over 70 years old , the first video games appeared in the 1950s, the gaming industry has continued to see endless evolution.

Driven by changing user demands, new channels, constant competition and technical innovation – it has become a booming industry. The industry’s value almost doubled from $70.6 billion in 2012 to $131 billion in 2018, and forecasts show no signs of this growth stopping anytime soon. Gaming is expected to be worth $300 billion by 2025 globally.

There are a myriad of factors driving the growth of this industry.

There’s the emergence of new gaming platforms, such as Nintendo’s Switch. The number of people playing games worldwide is also expected to reach 2.73 billion by 2021. On top of that, there’s the steady adoption of game streaming, driven by platforms like Twitch and YouTube, which boasts more viewers than the combined viewership of HBO, ESPN, Netflix, and Hulu, according to SuperData.

In fact, Netflix recently proclaimed in a letter to their shareholders that “We compete with (and lose to) Fortnite more than HBO”.

But how can the industry sustain this momentum and continue delivering games that take the world by storm?

New technologies such as 5G, cloud, augmented reality (AR) and virtual reality (VR) are ushering in a new phase of innovation, while new business models like support for in-game micropayments are already changing the economics of gaming. As gaming platforms pour more and more dollars into widening their subscriber bases and marketing their platforms through digital channels, they must also invest in the best developers and platforms to create and support the immersive experiences incorporating these exciting new technologies that gamers demand.

The Importance of data

As 451 Research recently noted, “Orchestration and balancing of the data, processing and communication qualities of service need to be considered. It is not simply about games as a unified use case in different environments.”

Massively scalable multi-player games have challenging requirements of distributed computations and instantaneous visibility into who’s leading, by how much and how many are in the lead. Recently, we’ve seen several games founded on this competition model go “viral”, including Pokémon GO and Fortnite, which has led to a significant spike in the number of users.

Gaming platforms, therefore, need swift delivery of reactions and insights, especially when it comes to these gaming hallmarks like “leader boards” to retain and increase their user base.

This means providing real-time analytics on the scores and statistics of players from around the world, that must also be shareable and accessible from various devices. 250 million people play Fortnite – all this requires a platform that has less than a millisecond response time and can use geo-distributed applications to accurately pair insights to the right user – something that would be virtually impossible to do on a traditional database.

In addition to the importance of speedy, instant experiences, gaming applications must be able to collect and process high volumes of in-game data, segment gameplay variations and quickly identify top-performing configurations. This is especially important for session management, which requires a platform that can support the sheer scale of the amount of data being generated by user sessions, including the time of login, location of login, duration, etc.

Session management is critical to ensuring that when a user logs into their account, they pick up exactly where they left off – regardless of where they are around the world.

Caching is an important technique used by game developers to reduce the load on datastores such as MySQL, Cassandra, and MongoDB while enjoying blazing fast response times. It is by far the smartest way to serve real-time content like graphics, pictures, thumbnails, music, labels, metadata, tags and more, due to its superior speeds.

But what happens should the server fail?

It’s important to have a platform that isn’t just very fast, but also boasts features like data structure variety, customisable expiration, eviction, intelligent caching over tiered memory technologies with extremely large data sets, as well as data persistence and high availability – all of which can reduce the amount of downtime should a server fail.

A cache will continue to grow as a game amasses more and more users, making a highly available cache critical for ensuring that user experience does not suffer during cache outages. Because gaming relies so heavily on providing instant experiences for their users we are seeing a lot of gaming companies beginning to leverage technologies like Redis not only as their Caching system but also their primary database.

Staying on top with leaderboards

Leaderboards, scoreboards showing the ranked names and current scores (or other data points) of the leading competitors, are essential to the popularity of gaming. Within video games, leaderboards can be shared by hundreds of thousands, even millions, of competitors concurrently. These need to be updated with new data constantly to keep up with the rapid growth of users. They require gaming platforms to slice data in many ways and deploy real-time analytics in order to deliver leaderboards that are meaningful to users. For developers, this requires a data layer that can handle reads, writes, sorting and other key operations at speed is an absolute necessity.

Additionally, these platforms must also be supported by data structures that can scale across millions of users, and provide real-time leaderboard access with high availability. Beyond this, these platforms should enable applications to update leaderboards for players around the globe – quickly and seamlessly.

The future of gaming

Today’s video games industry is in the throes of a huge transformation from a product-oriented business to an as-a-service model. The change is putting user experience at the heart of the industry. Companies looking to gain a competitive advantage in the digital world must, therefore, create unique and dynamic experiences based on best-in-class platforms in order to drive both customer acquisition and continued retention to power the next generation of games.

Written by By Ryan Powers, Director of Product Marketing at Redis Labs 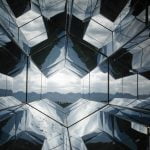 The growing value of AI, IoT and Blockchain 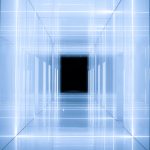 Continuous Testing in an Agile and DevOps world 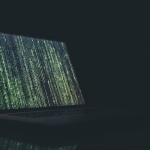 The Limits of Regression Test Automation 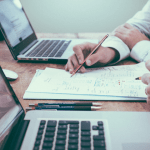 The Importance of Software Performance Testing