it was recently found out that the massive outage which affected the Canadian telecommunications company Rogers Communications Inc. earlier this week was caused by a software update from Ericsson.

Indeed, the software update led to intermittent wireless service issues that left Rogers customers without phone or texting services. Besides, the outage is believed to have impacted business sales and services, which require a wireless connection and the ability for people to work remotely.

This outage could have serious consequences on the economy but also on health as many customers have been unable to book medical appointments. The problem was even reported all across major Canadian cities.

Fortunately, the company stated that services for the majority of its customers have been restored and many services with other carriers were slowly coming back online. Moreover, it would seem that the company’s TV, home, and business wireline internet, as well as home phone services, were not affected. 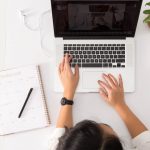