US banks to use AI software to monitor customers

It was recently reported that several U.S. banks have started using camera software that can monitor customers.

Indeed, this new AI system is able to analyze customer preferences, monitor workers, and spot people sleeping near ATMs. Although these financial institutions remain aware of the possible backlash over increased surveillance, they are willing to deploy facial recognition and related artificial intelligence systems in order to improve their services.

It was also reported that City National will begin facial recognition trials early next year so as to identify customers at teller machines and employees at branches. The goal is to replace its old and less secure authentication measures. The software was even said to be able to identify people on the government watch lists.

However, several civil liberties issues are at stake. Indeed, there is the possibility of arresting innocent individuals, losing privacy rights as well as disproportionately monitoring lower-income and non-white communities. Portland, Oregon, has already banned businesses from using facial recognition in public places. 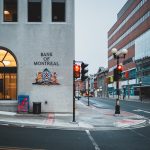